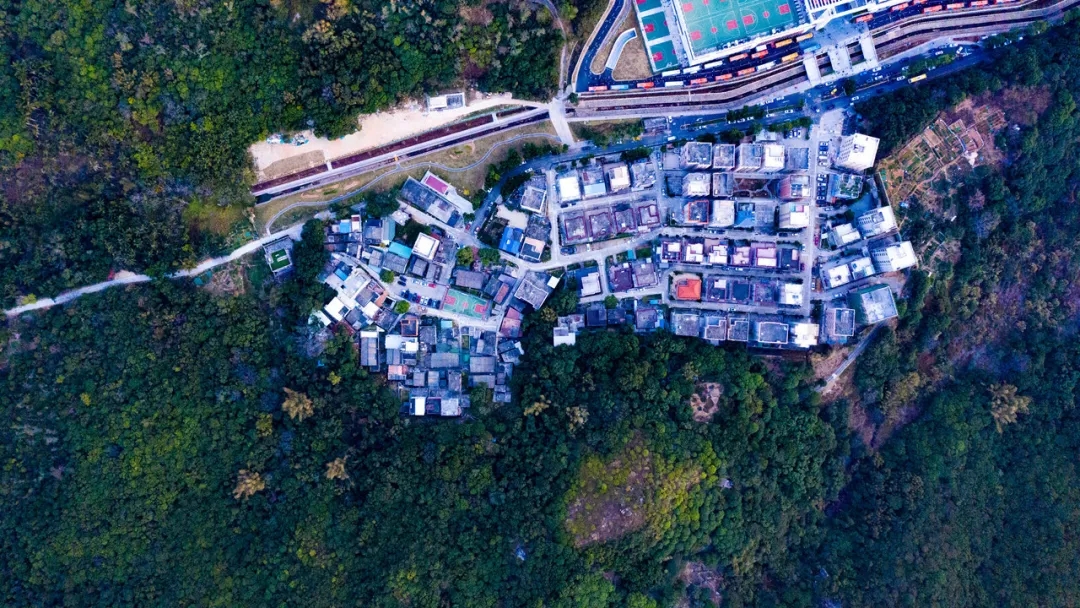 An aerial view of Dongbei Village. Photos by Liu Xudong except otherwise stated

In Dongbei Village of Kuichong Subdistrict, Dapeng New District, about an hour’s drive from downtown Futian, dwell artists from all over China who choose to escape from the bustling city settle there for its tranquility and low rent. In different realms of art such as poetry, music, design and photography, these artists (some are well-established) are living poetically in little worlds of their own. Residents at Dongbei Village in Dapeng New District gather at Me Town, a B&B in the village, to socialize with each other and exchange their ideas on fine art at a salon which is part of the village's "Wasting Time on Beautiful Things" culture event.

In an effort to introduce these artists to more people and let themselves know one another, two professional travelers Jie Xi and Hai Lan (both of whom run Me Town, a B&B in the village) initiated and organized an array of salons titled “Wasting Time on Beautiful Things” which ran from Jan. 22 to 24. 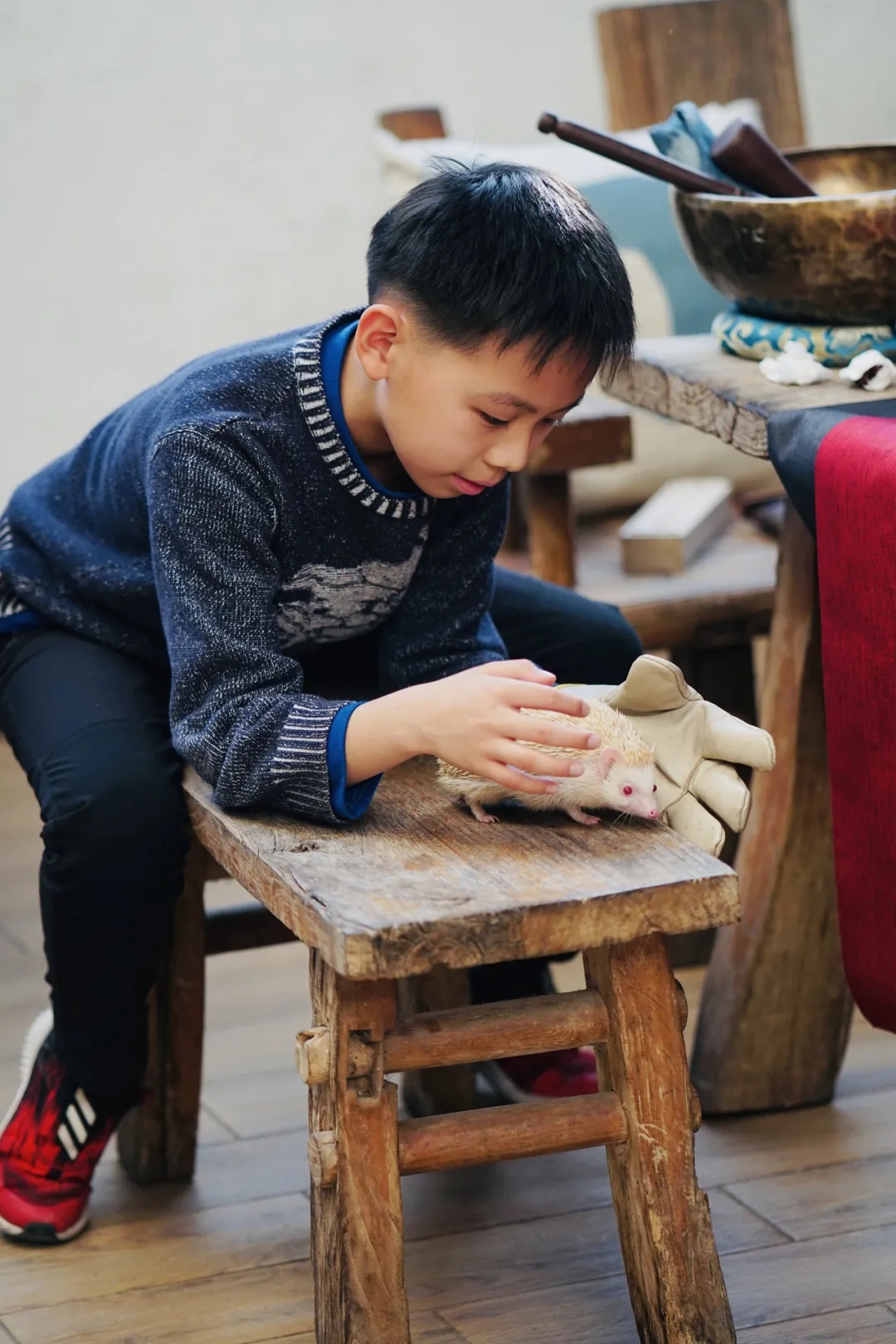 A boy plays with his pet hedgehog at Me Town. Wang Haolan

Some artists gathered together to share and exchange views on various topics over coffee, tea and snacks; others instructed artistic skills; and still others presented their artistic performances and creations.

Zhao Jing, an 82-year-old pipa virtuoso who has been living in the village with her son since 2018, performed six pieces of pipa classics, namely, “Spring Snowfall,” “A Moonlit Night on the Spring River,” “On the Frontier,” “Waves Washing the Sand,” “Give Me a Rose” and “Dance of the Yi People.” 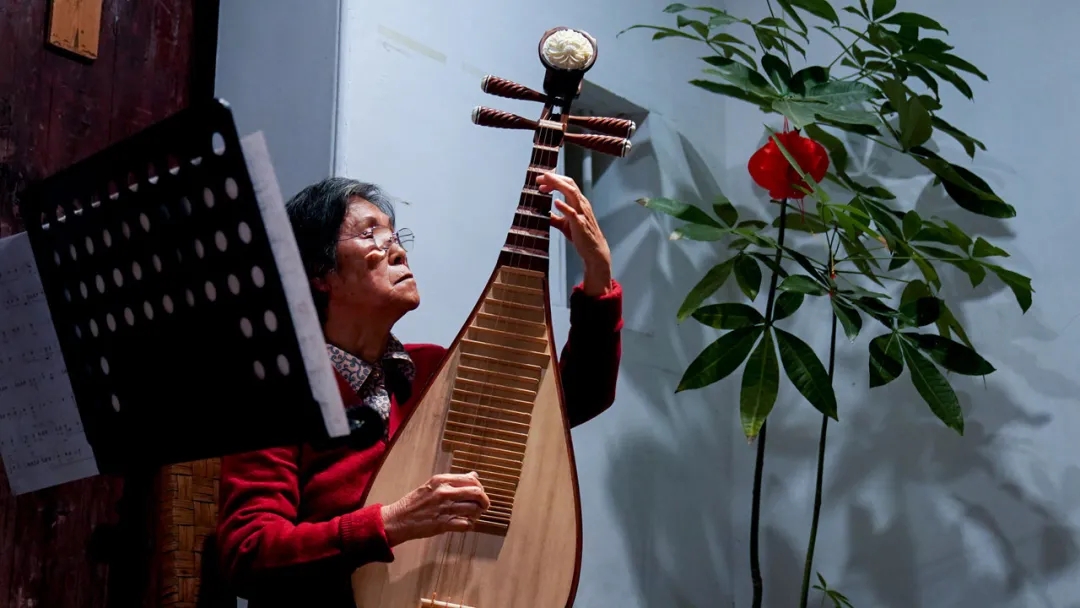 Zhao Jing performs six renowned pieces of pipa classics at a recital held at the Me Town B&B in Dongbei Village on Jan. 22.

Although Zhao confessed that due to her “old age” she was unable to perform with her best and most accurate plucking, she won rounds of applause from the audience for the sincerity and emotions in her music.

A pipa major at the Shenyang Conservatory of Music in Shenyang City, the capital of China’s northeastern Liaoning Province, Zhao was a student of pipa master Li Tingsong (1906-1976). After graduation in 1964, she was assigned to work at the Lanzhou Grand Theater in Lanzhou, the capital city of Gansu Province in Northwest China, and was then appointed as a professor at the School of Music of the Northwest Minzu University in Lanzhou. Zhao spent a total of 30 years in Lanzhou.

Li Jian, known as Hu Zi in the ikebana circle, is a practitioner and sensei of Ohara-ryū school of ikebana, or Japanese floral art. On Friday and Saturday, he opened two workshops to introduce participants into the world of the Japanese art of flower arrangement. He began the workshop with a briefing on the history of ikebana and the three major schools of ikebana. Li Jian (R) demonstrates a basic ikebana style and illustrated its design in a workshop in Dongbei Village on Jan. 23. Courtesy of salon organizer

The sensei described ikebana as “a connection between heaven, earth and humanity,” and he believes that beginners should keep this basic principle in mind before getting their hands on flowers.

Following the presentation, Li demonstrated a basic ikebana style and illustrated its design — a triangular composition of the tallest flower, the lowest one and the middle ones. When it comes to pruning techniques, Li said the key is to pursue beauty while retaining the natural forms of floral materials. Participants, most of whom practiced ikebana for the first time, found themselves calm and joyful in appreciating the freedom of line and natural beauty in ikebana. 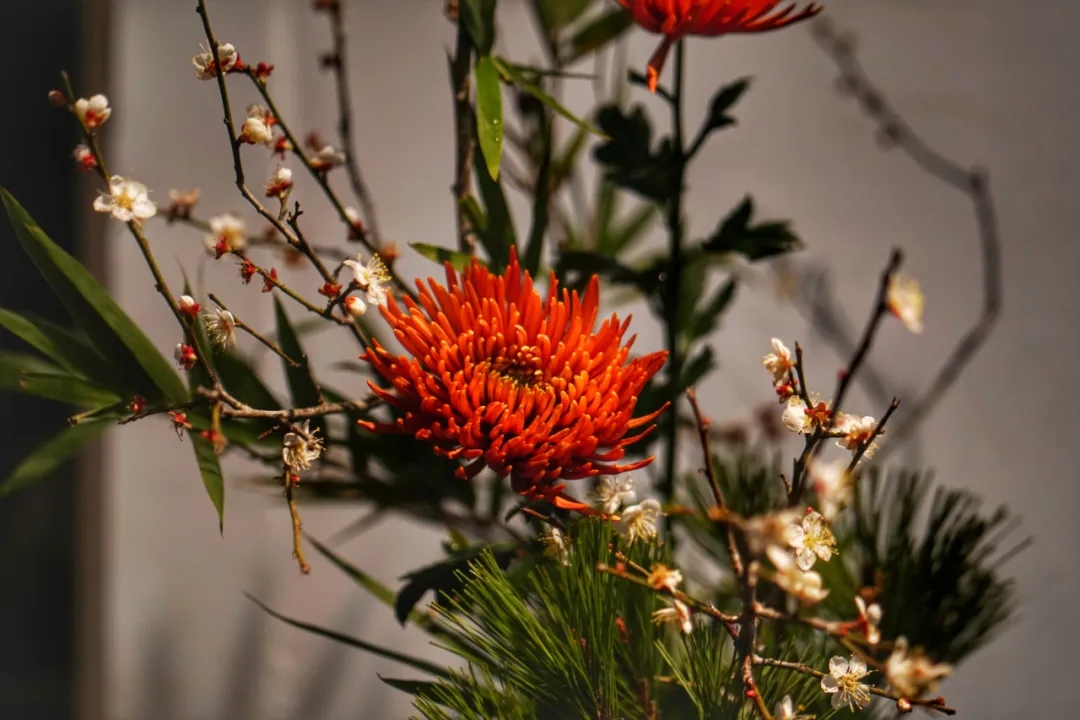 Attracted by the picturesque scenery and peaceful living environments of Dongbei Village, Li rents a two-floor lodge as his studio where he has been teaching ikebana and promoting ikebana culture for years.

Hai Lan, one of the event organizers, currently has exhibitions of photography, Chinese calligraphy and paintings at Me Town. A professional traveler, a freelance writer and photographer, he has been traveling to 60 or so countries and has been sharing his travel experiences and creations on TV programs and online platforms. Hai Lan introduces his photo works to visitors on Jan. 22.

The photography exhibition is mainly showcasing portrait and landscape photos he took in European countries, and includes the stories behind these photos. If you’re lucky enough to visit when Hai Lan happens to be at the venue, he would even give you an interpretative tour.

The photographer told the Shenzhen Daily that the event was an unexpected success as there was not much publicity in light of the pandemic control and prevention. “On the last day we even welcomed a group of 30 from Dapeng and other districts,” adding that they had organized salons like this on a regular basis that are only among local artists, and it was the first time they were open to the public.

According to Hai Lan, there are dozens of artists residing in the village, including Huang Canran, a well-known poet, translator and critic who also participated in the event.

He said they are considering organizing another salon during the upcoming Spring Festival.