In this video, experts and government official share how they are protecting the whale. Video and photos by Liu Xudong except otherwise stated

The Dapeng New District Government has formed an ad hoc working group consisting of various departments, marine experts and environmental volunteers to make all-out efforts to protect a Balaenoptera brydei, commonly known as Bryde’s whale. The whale has been roaming around in the Dapeng Bay area over the past week since it was first sighted by locals near the coast Tuesday. The whale is an 8-meter-long young Bryde’s whale, which is seen in a “very natural and healthy condition,” playing, swimming and foraging in the waters, according to Liao Baolin, a senior engineer in marine environmental protection of the Guangdong Ocean University Shenzhen Research Institute. 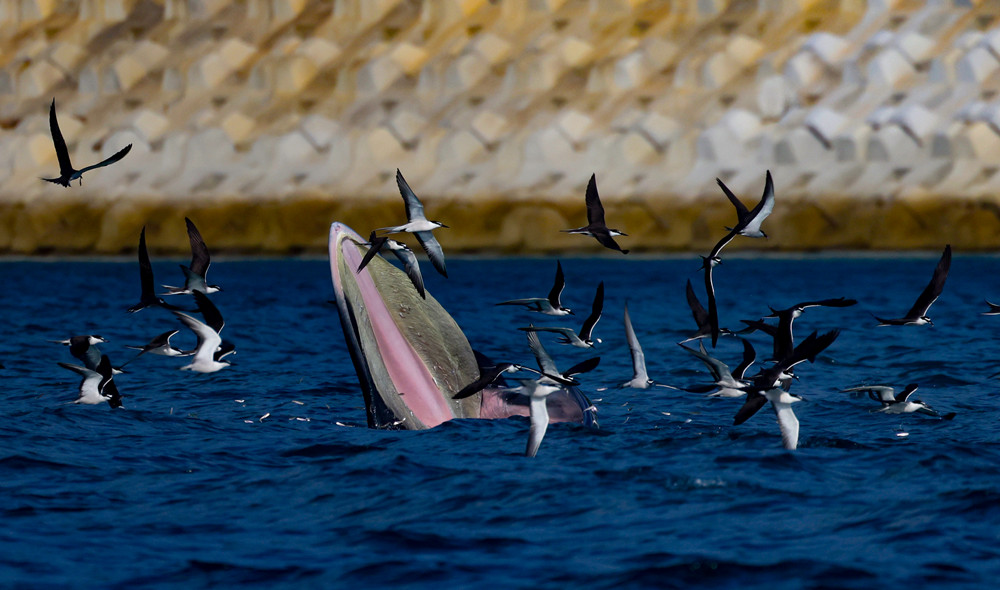 Bryde’s whales, mainly found in tropical and subtropical waters, are marked by three ridges in front of their blowhole, a dark grey back and a white or pink abdomen. It is listed as a Grade 1 protected animal by the National Forestry and Grassland Administration.

Since the first day the whale was spotted, the Dapeng New District Government has called on local fishermen and tourists not to approach or feed the mammal, and urged ships to steer clear of the whale and stay away from the area. 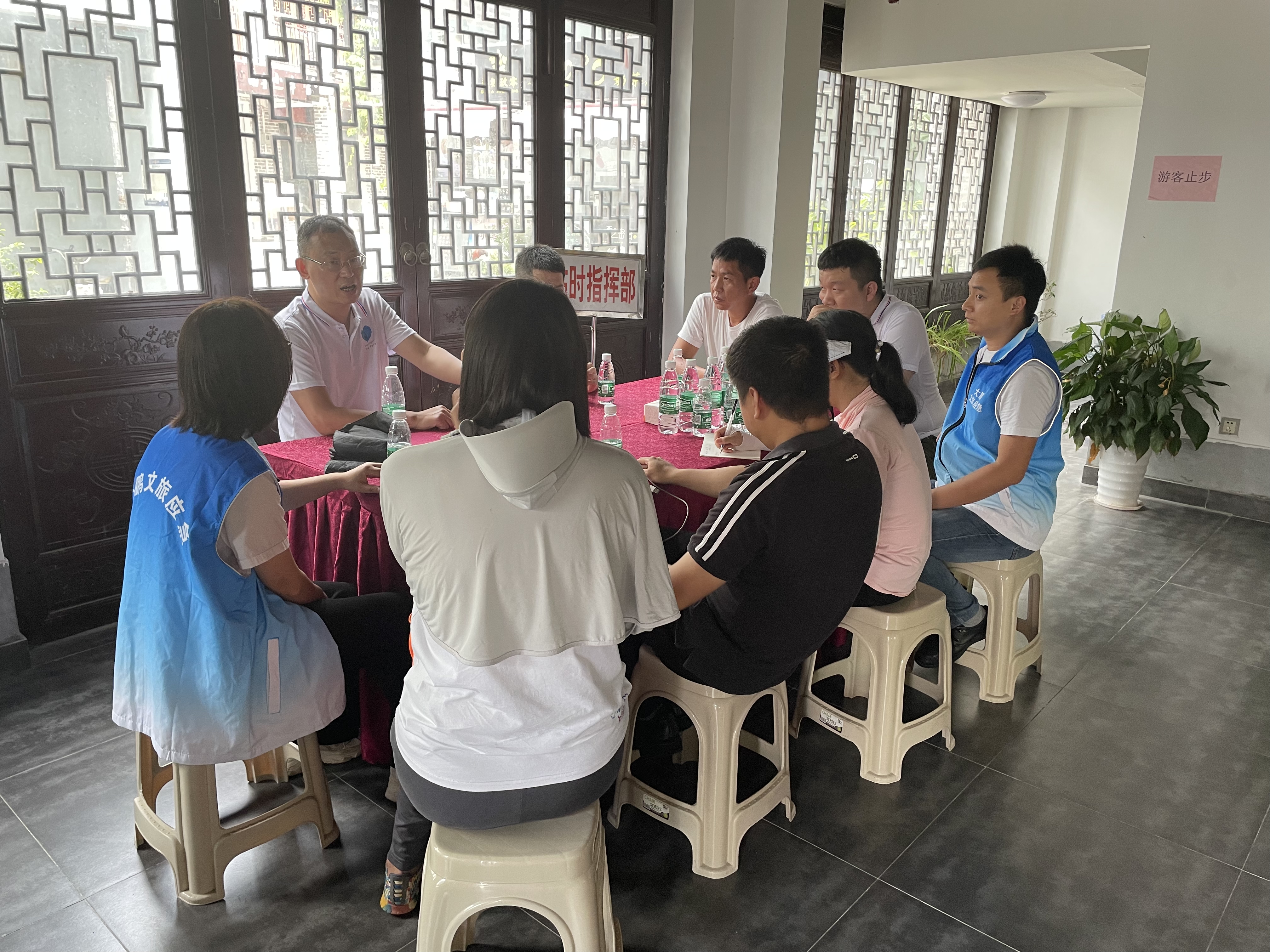 Liao said it was very “rare” to spot a Bryde’s whale in Dapeng Bay as it is only the second time that the whale has been identified in China’s coastal waters in recent times. Previously, they were commonly seen near Weizhou Island, Beihai City in the Guangxi Zhuang Autonomous Region. 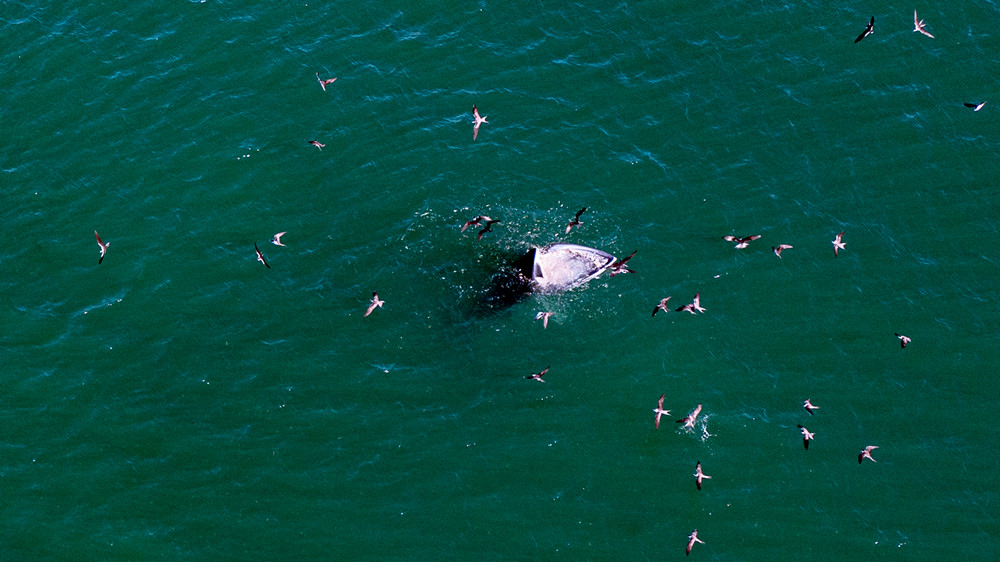 Liao said it’s unclear whether the whale is lost or left alone, but one thing is certain that it was attracted to this area to chase fish. Early Saturday morning, Shenzhen Daily reporters spotted the whale several times showing its head above the water and opening its mouth wide to eat fish while seagulls flew around.

Liao asserted that the appearance of the whale has much to do with the improved ecological environment in the Dapeng Bay area – more abundant fish resources and better marine biodiversity.

According to Liao, experts from different institutes are conducting research in an orderly manner and have achieved progress. “We’ve successfully placed a CATS (Customized Animal Tracking Solutions) suction cup tag on the whale’s skin, which can track and monitor in real time to check its swimming depth, speed and acceleration, and record various sounds. The feedback data can help us understand the mammal’s behavior, activity trajectory and vitality,” said Liao, assuring that the tag falls off in two hours and does no harm to the whale. Hong Xiaoqun, head of the Dapeng Sub-bureau of the Shenzhen Municipal Ecological Environment Bureau, said multiple departments had been mobilized to offer the whale a safe, clean and quiet environment.

The government has deployed a maritime law enforcement team to patrol the surrounding waters and persuade unrelated ships to leave in a bid to maintain order in the water. The team is also in charge of cleaning fishing nets and collecting drifting ocean trash.

In the meantime, recreational and fishing boats have been banned from the area where the Bryde’s whale is found.

The General Office of the Dapeng New District has set up a temporary press center to keep the public informed of the whale’s conditions. A livestreaming platform is also available for those who are concerned about the whale to watch it online.

Volunteers from local environmental organizations also joined the protection efforts. Eleven volunteers from “Dive For Love” dived into the sea to pick up trash including garbage bags, beverage bottles, plastic cups and utensils, and fishing nets. 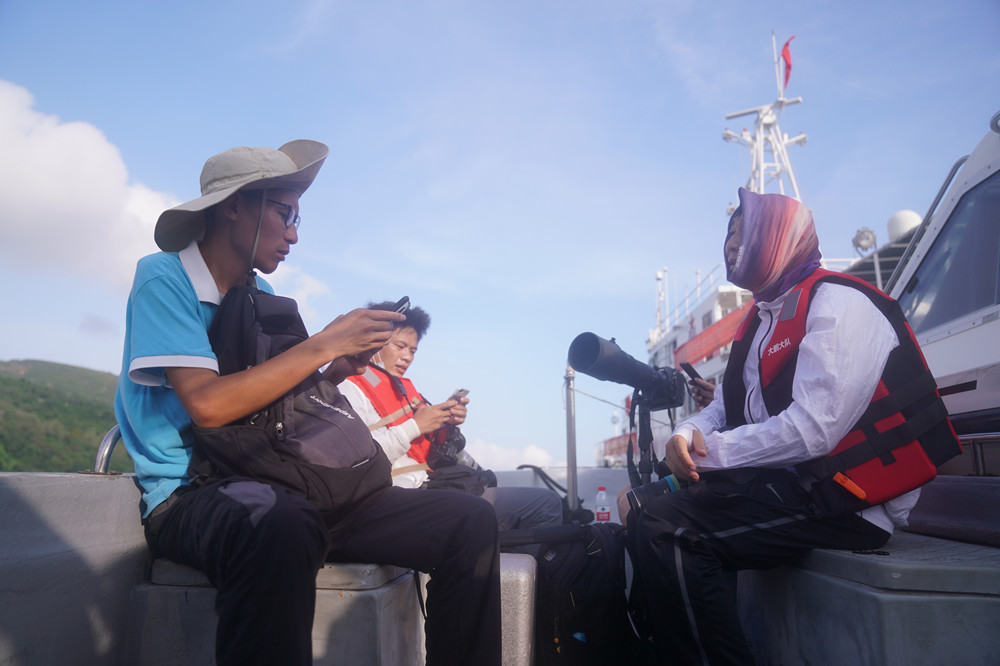 The Shenzhen Blue Ocean Conservation Association acts as a coordinator to contact experts from different institutes and educate the public about the whale.

Ma Haipeng, executive secretary of the association, told Shenzhen Daily that the appearance of the whale was “mind-blowing and dreamlike” for marine protection workers like him. Ma suspected that the whale’s appearance is related to the current fishing ban in Dapeng, which lasts from May 1 to Aug. 16 this year. 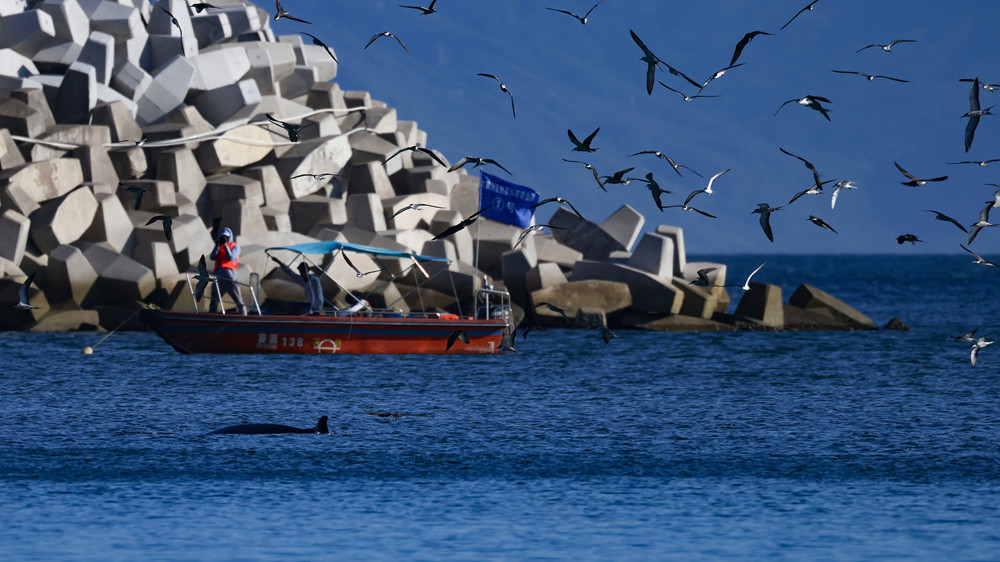 In recent years, Dapeng has achieved great progress in the preservation of its ecological environment and marine biodiversity. According to Hong, the sewage collection rate has increased to 98.7 percent. The air quality index ranks first in Shenzhen and the coral coverage in Daya Bay areas has reached 50 percent. 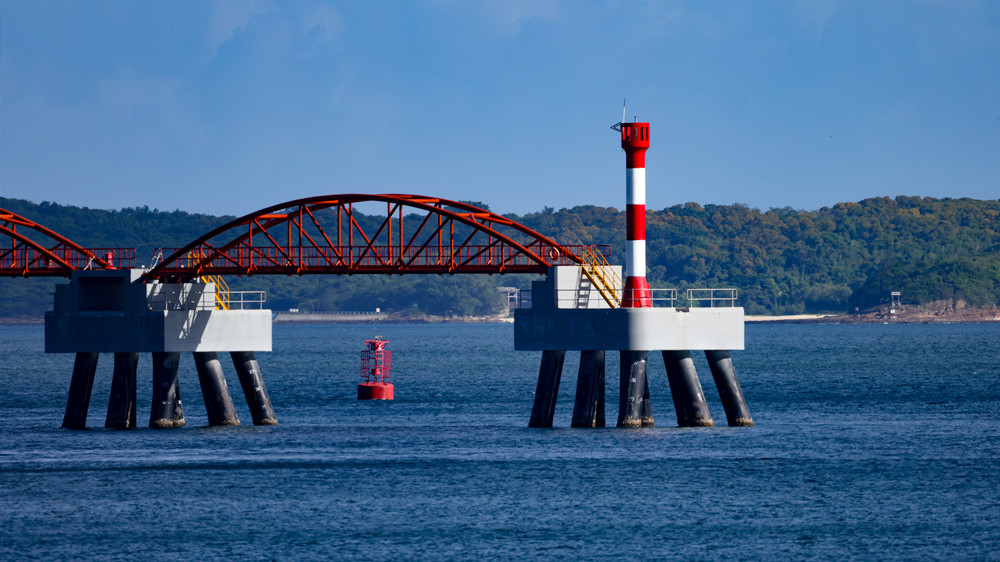 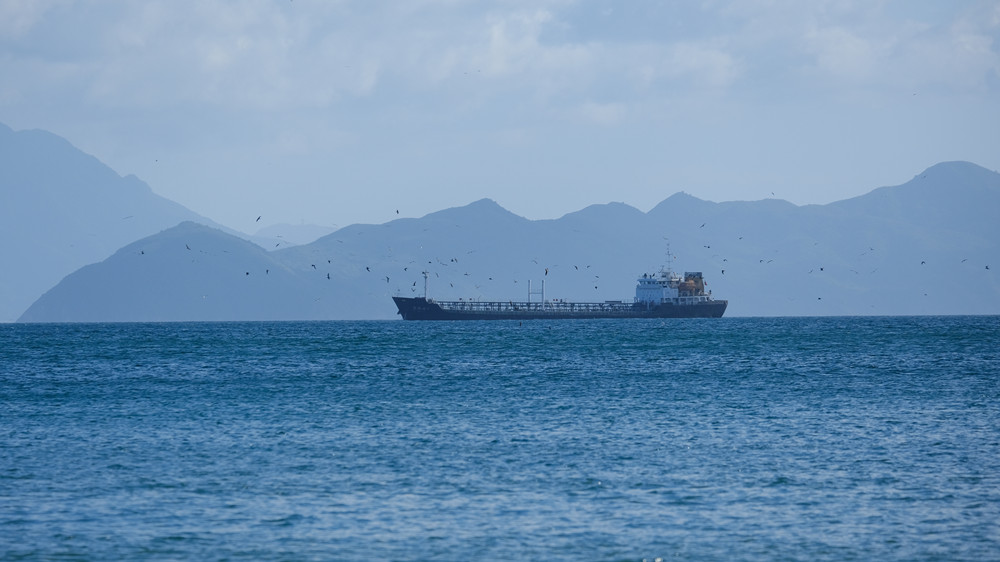 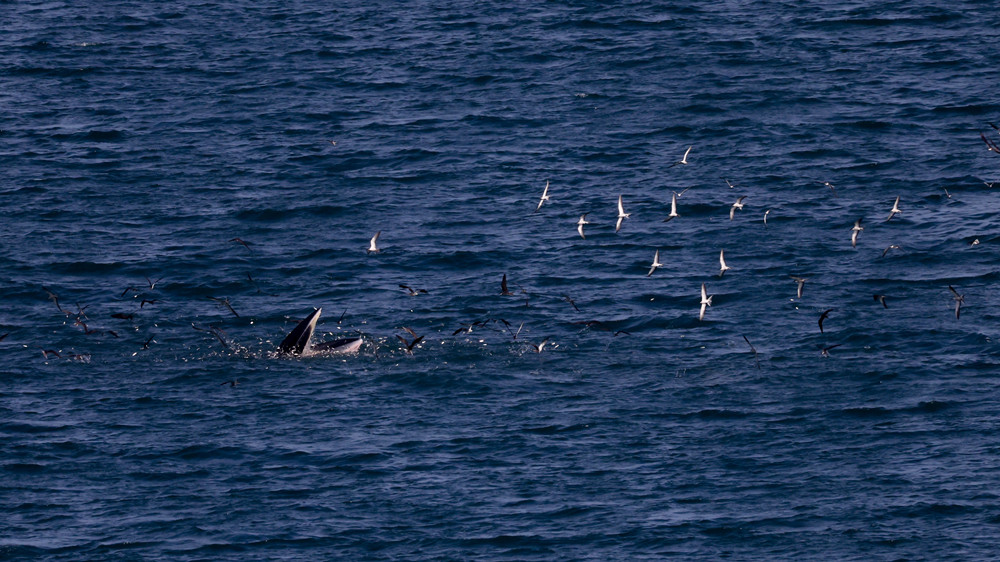 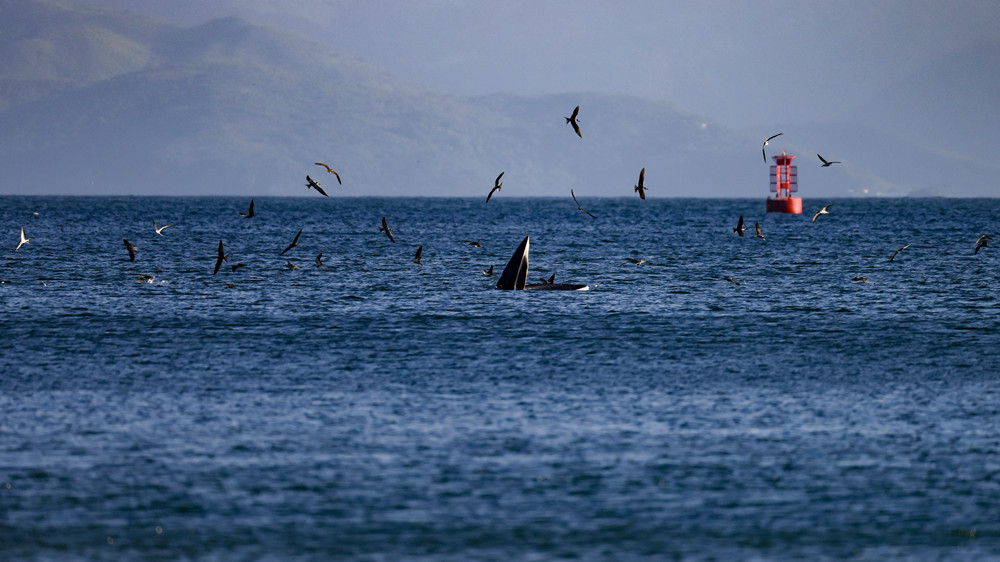 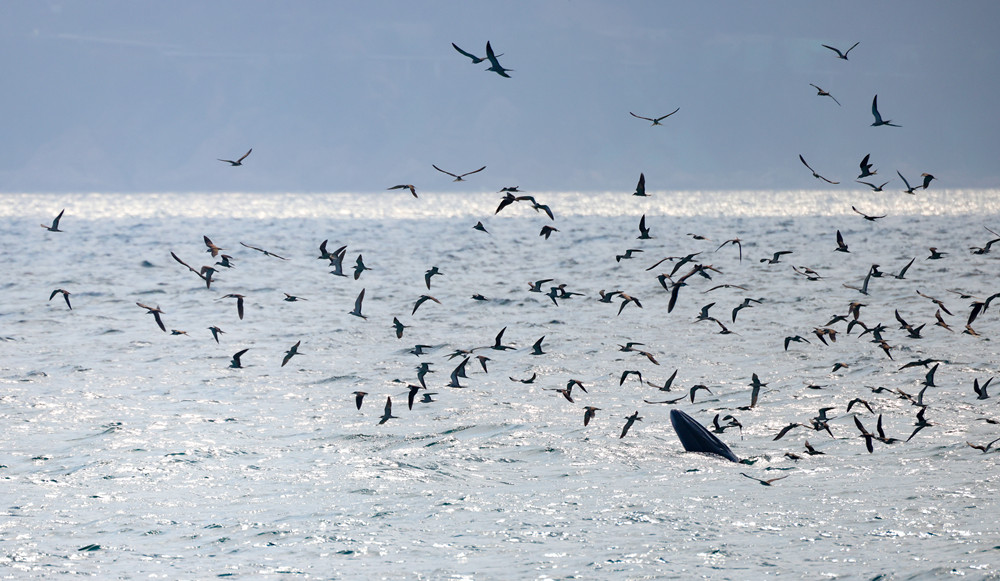 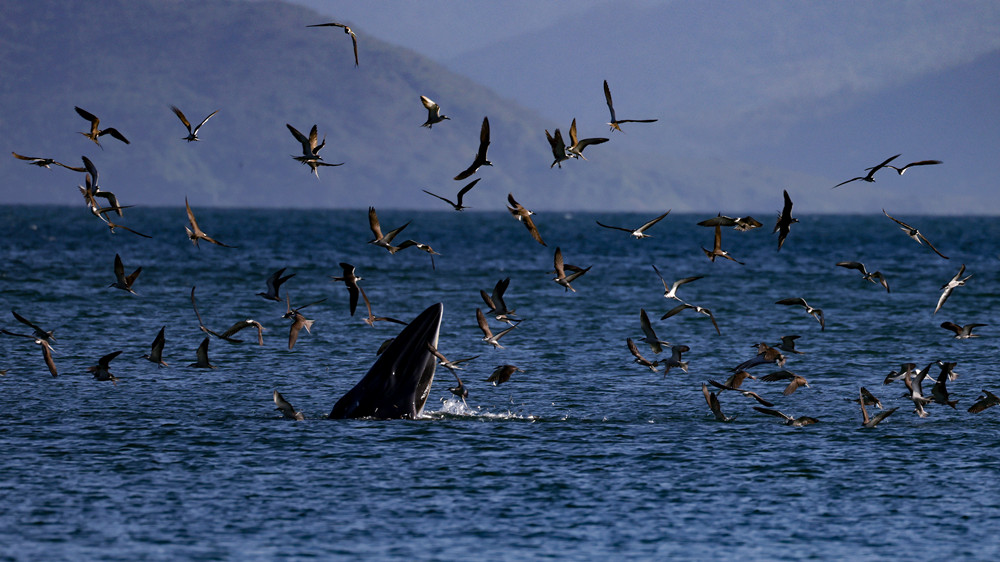 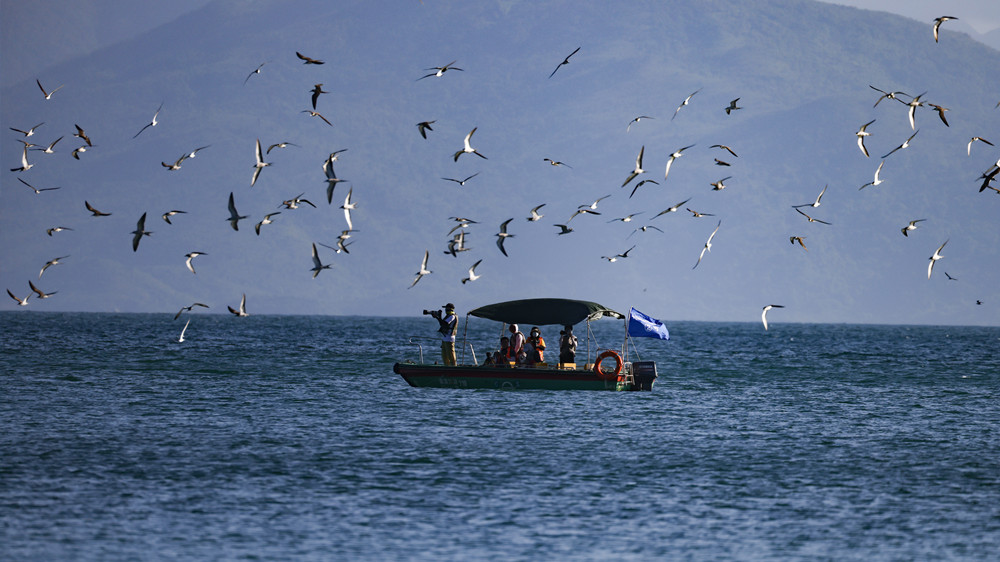